Feeding the Fame is a collection of inspiring interviews with renowned writers, models, actors, athletes, and other celebrities who have overcome eating disorders and who courageously share their personal struggles and triumphs.

The headlines are filled with the names of people in the limelight who are beginning to speak openly about their tragic relationship with food and dieting in hopes of helping others afflicted with eating disorders.

Actors, models, and athletes are particularly hard hit with this disease, primarily because a stunning appearance or performance is part of the job description.

FEEDING THE FAME captures the stories of 17 celebrities who have suffered life threatening eating disorders. These original personal accounts reveal the most intimate fears and disappointments, as well as the unconventional, fascinating, and effective paths back to a normal healthy body image and eating patterns.

Did you know that Hall of Fame jockey Shane Sellers forced himself to puke at least eight times a day while trying to make weight at the racetrack? Or that Mike Huckabee, the governor of Arkansas, a tubby turned marathon runner, can now say no to even his favorite Southern-fried foods? Or that psychic Uri Geller once attended a dinner party with the Beatles where he consumed a dozen desserts; before heading out to his limo where he vomited into a paper bag till he was senseless?

Beyond the rumored accounts of dangerous disordered eating among celebrities are also the wonderful stories of recovery… Top Playboy models the Barbi Twins locked themselves into a third-floor apartment to fast in a desperate effort to lose weight, but after a few days knotted together sheets and lowered themselves to the street in a wild search for junk food. Now they are in recovery.

Metropolitan Opera star Andrea Gruber is svelte and sober after decades of disordered eating and substance abuse, because she didn’t want a huge sick body anymore after her experiences at a New York firehouse during 9/11. J.D. Salinger, the literary lion clothed in mystery, not only went on a weird fad diet but screwed up the eating habits of his teenage girlfriend by bullying her to join him. Today Joyce Maynard is a healthy mother of three and renowned author/journalist.

These are just a few of the compelling stories that Gary Stromberg reveals in his riveting new book FEEDING THE FAME: Celebrities Tell Their Real-Life Stories of Eating Disorders and Recovery (Hazelden Publishing) 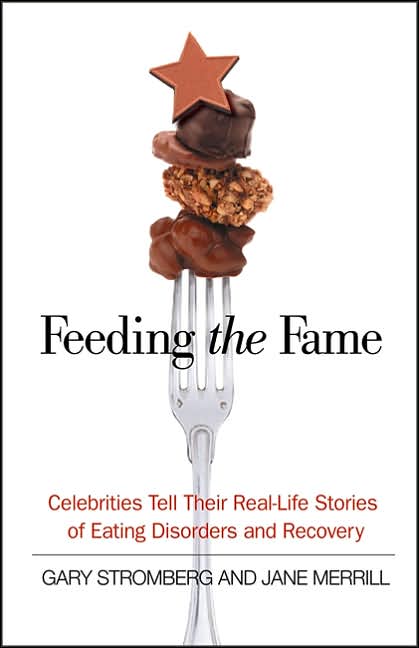